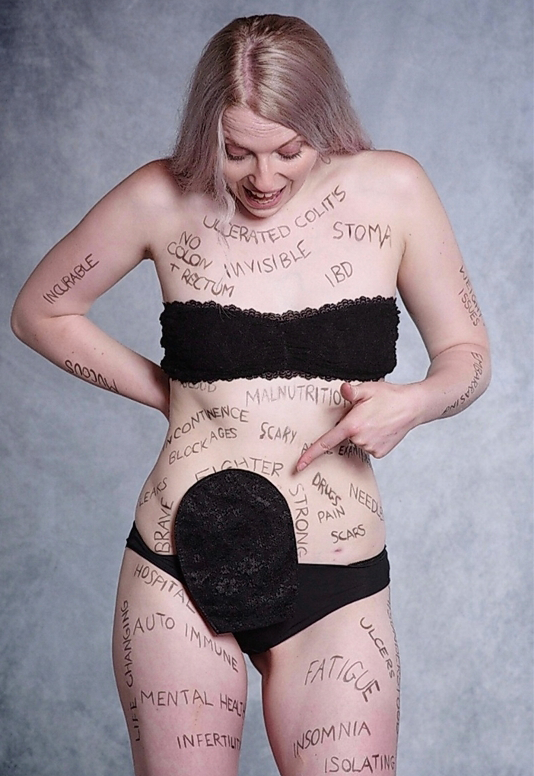 I became a part of the no colon club back in July 2017 after a very short but invasive battle with IBD. (Acute severe ulcerative colitis) My symptoms only began in the April and by July I was fighting for my life in hospital needing emergency stoma surgery. Now this was all a shock to my system because I hadn't even received my diagnosis so had no understanding of the illness. I was naive and thought I would receive medication and carry on as normal.

I've always suffered with my bowels. I had bad colic as a child, dysmotility and IBS until the age of 24 when my symptoms completely switched. I went from pooing once every two weeks to constant toilet visits. I had abdominal cramps, blood in my stool and I would soil myself bending over, running to the toilet or even moving position on the sofa, so my social life became non-existent and I was signed off work.

I went straight to the doctor’s when I noticed a change and they were amazing. I wish I could say the same for my GI but I was ‘medically gaslighted’ despite my GPs doing everything in their power to get an urgent scope.
The GI was adamant it was my IBS and didn't see the need for an urgent scope. However, if I hadn't taken myself into hospital, I wouldn't be telling my story today.

My April calprotectin came back as 2046 and my symptoms were rapidly progressing as the weeks went by. By the time I was hospitalised, I was making 30 toilet visits a day, unable to pass faeces and instead saw a toilet full of blood. It honestly felt as though my insides were being torn out and it's something I wouldn't wish on anyone.
That's coming from someone who falls asleep being tattooed.

As soon as I walked into A&E I felt a relief. The care was phenomenal and I was finally being listened to.
I got started on Pred, Mesazaline and a few other IBD meds and received my scope a few days later. They were shocked by the results and said my entire colon was severely ulcerated and inflamed. My passage-way had closed up which is why I was blocked up.
I was started on Infliximab but there was no change in my symptoms so two days later they told me I would need emergency stoma surgery.

I felt as though my whole world was crumbling apart. My mom was diagnosed with lymphoma at the start of the year and my grandad was having open heart surgery the following month. It was meant to be a joyful year as we were planning our wedding day (14th April 2018) and buying our forever family home.
But instead I wondered if I would even be alive to see these dreams come true or even worse, would my mom and grandad?

Thankfully we all pulled through and my dreams came true, but my journey wasn't easy.
I struggled to accept my stoma for the first six months to the point I was suicidal and I was in and out of hospital with continuous complications.
I needed emergency surgery three weeks after my first operation due to severe bowel obstructions and abdominal pain, where they found a twist in my bowel. During this recovery I developed Sepsis and my wound burst open.
My j-pouch was a decision made by my surgeons as my complications didn't improve. I was still living in pain and they couldn't understand why. The j pouch did reduce the severity of my bowel obstructions but it is still something I fight daily.

Many people are afraid to try the j-pouch as you don't hear many positive stories and those that do make that choice are pulled down for taking 'the easy route'. J-pouch surgery is not an easy way out because every surgery comes with risks, but it was a risk worth taking because it did improve my life. I'm much happier now I don't have to worry about my bag filling up unexpectedly, leaks, changes, sore skin, feeling uncomfortable in clothes and other issues. I suffer from pouchitis but it only causes slight bleeding and discomfort.

My j-pouch has allowed me to manage my bowel obstructions daily via diet restrictions and medications, which means I don't need to worry about the next visit to hospital.
I do use disabled toilets still as I get a lot of wind build up, which I can't empty until I open my bowels so as you can imagine it can be a little embarrassing using cubicles.
My recovery was very slow but we later realised it was caused by a different illness (ME/CFS) that I had developed due to the trauma to my body and fighting glandular fever in 2015.
I had four bowel surgeries in the space of a year, Sepsis after my second, a tumour found in my appendix during my first and I needed a blood transfusion after my third.

My life hasn't returned to normality due to my ME, which has been hard to accept and challenging but I've gained confidence within myself, a support network, a hobby I love and most importantly I've helped others on their journeys. 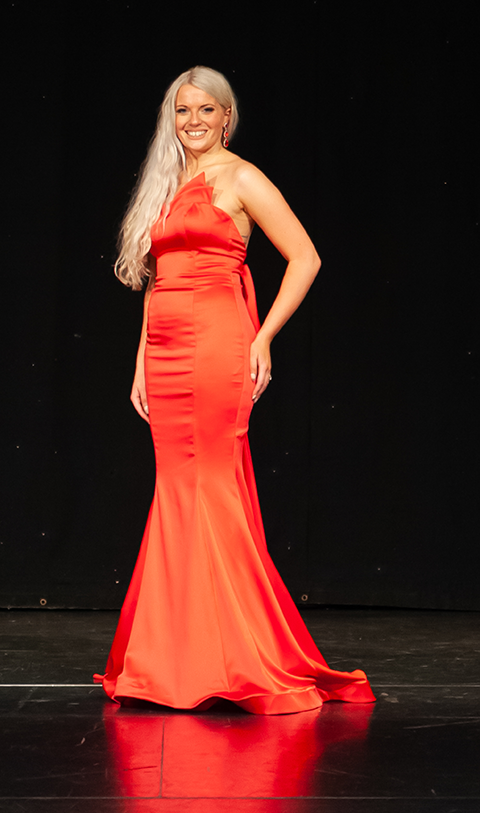 In 2019, I pushed myself out of my comfort zone by taking part in my first ever pageant. I wanted to show that all bodies are beautiful and help provide representation. Disabilities are often left out of diversity campaigns despite one in five people in the UK living with one. If disability is included, they only show those with a visual aid not those living with invisible illnesses and disabilities. I've also noticed a lot of those without a visual aid are afraid to call themselves disabled as people assume disability means unable.

This I want to end, and I've found that beauty pageants are the most diverse industry in that sector, accepting everyone despite their race, sexuality, religion, size, disability and much more. I'm competing in Miss Diamond UK as Mrs West Midlands in 2022, which could give me the opportunity to create global awareness as they take their winners to Las Vegas.

I launched www.makingtheinvisiblevisible.org.uk to visualise invisible illnesses and disabilities whilst empowering those that live with one. I sell merchandise, donating 100% of my net profits to charity and run projects including my Warrior Charity Pageant and empowerment photoshoots.

I've donated almost £4000 to charity in the past two years and hope to raise another £1500 next month in my biggest event to date. I'm excited that it will finally happen on 23rd October in Burntwood as it has been cancelled three times during the pandemic.

I will continue to use my voice to create change and I hope future generations are accepted for who they are.